Home 9 News 9 Investing in the Fighters of Tomorrow 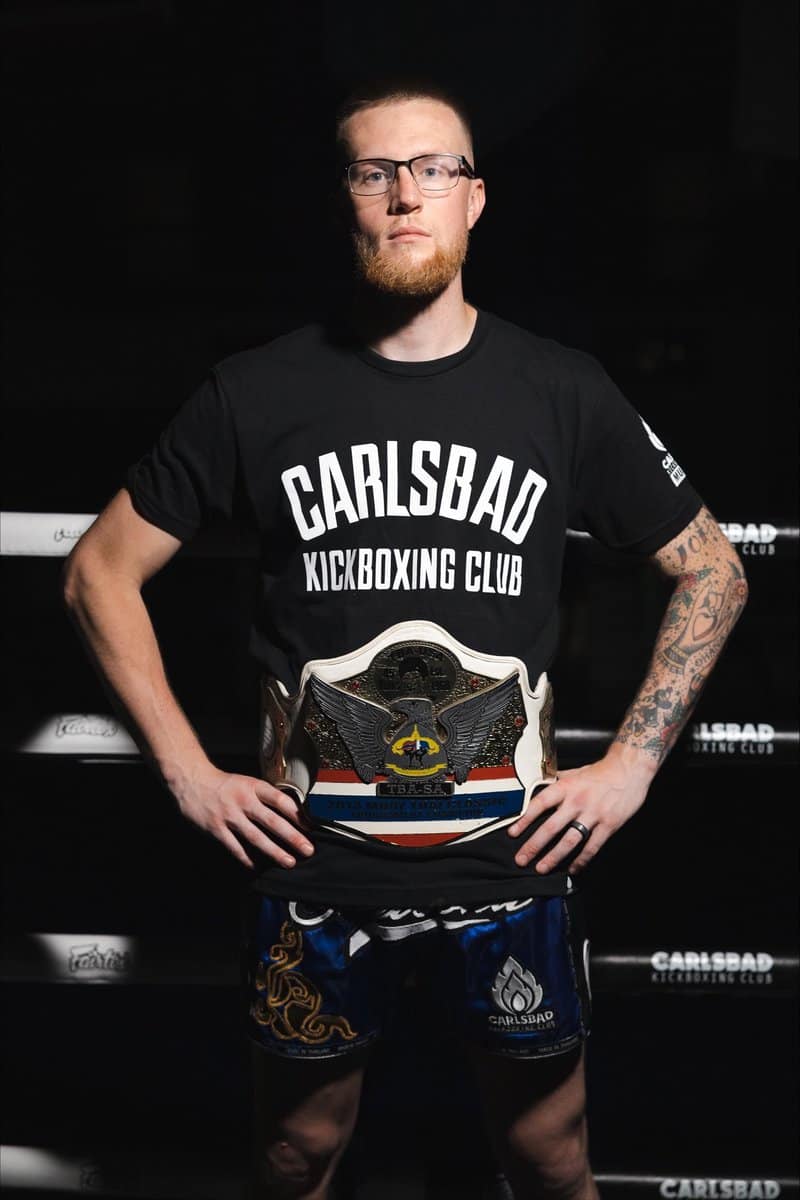 Investing in the Fighters of Tomorrow

Destry has been involved in Muay Thai since 2009 and has competed in every major tournament in the United States. He has won belts in the TBA and IKF tournaments and has also held national titles for Siam Fight Productions. In 2014, he represented the US at IFMA and he has a fight record of 19-5. He will take the reins of the CKC program starting next month.

Growing up in Arizona, Destry was introduced to martial arts in 2009 when he wanted to get into a more self-driven sport. “I grew up playing team sports and had fun but really liked the idea of having the result of a fight or competition entirely reliant upon my own actions,” he says. He had his first fight in 2011 and was immediately hooked. “I truly fell in love with Muay Thai and haven’t had any desire to pursue other sports.”

Destry’s reasoning for coming to Carlsbad Kickboxing Club is that he wants to focus on turning pro and feels as though the atmosphere at CKC is one that will help him achieve this goal—with the help of longtime friend and teammate Ahmad.

But Destry’s journey hasn’t been without its share of hurdles. The TBA tournament that he just competed in marked his first time returning to the ring since competing in IFMA 8 years ago. “With the help of Ahmad in my corner I was doing great but unfortunately reinjured my knee and had to withdraw from the fight.”

On his road to recovery and hopes of turning pro, he plans to pursue his other passion at CKC and that is teaching the next generation. When Destry was 13 years old, he began teaching the “Pee Wee” Muay Thai class which consisted of kids ages 3-6 and after seeing the positive impact that he had on his students, he found that teaching kids became his passion. “Muay thai helped shape the person I am today and I hope to have that same impact on someone.”

As a coach, Destry has personally prepared and coached winners of every major tournament in the US and multiple time IFMA medalists. “My goal as a coach is to create the best youth Muay Thai team in the country and have as many kids competing as possible, as often as possible, and help grow the CKC name into one that is synonymous with youth muay thai excellence,” he says. “We’re going to need to expand the facility to fit all the belts that our youth Muay Thai team brings in.”

His personal philosophy when it comes to teaching kids is that if he is preparing them for competition or just being the instructor that helps them get some energy out, it is vital that they are enjoying what they are doing.

At CKC, he hopes to foster an environment that ensures the students enjoy and are excited to come to class and eventually he will identify which kids want to compete. With those kids identified, he says, he would shift the focus of that particular group’s training into more of an application-based program, and make things slightly more serious.

“After all, kids who win competitions and fights have more fun, so balancing the importance of preparing a kid for a fight and ensuring that the kid stays interested and excited to come to training is one task I’m excited to tackle and eventually begin showing the talent that I’m sure CKC already has.”