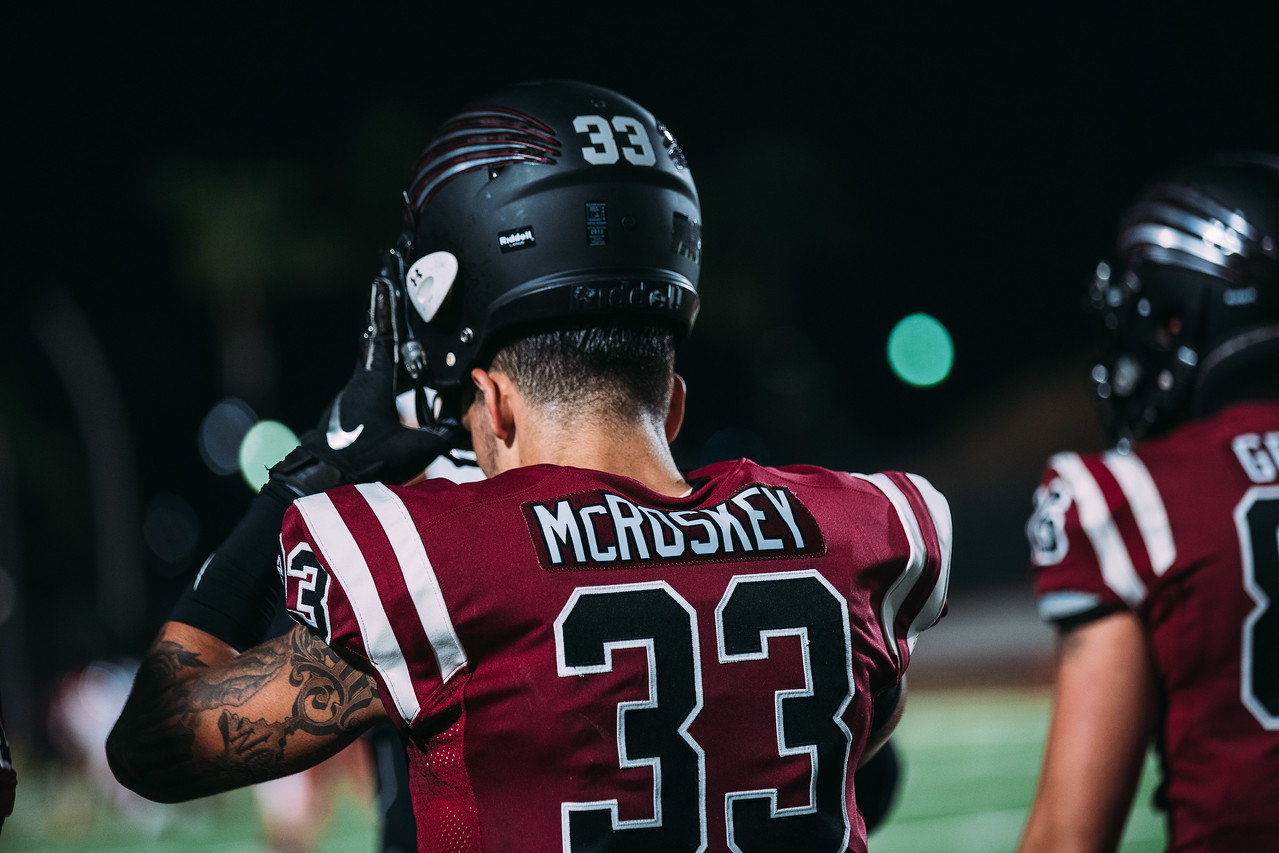 Do names like Wes Shivers, Greg Hardy, Brock Lesnar, Bob Sapp, Marcus Jones, Herschel Walker, Matt Mitrione or Brendan Schaub sound familiar? Whether it was due to their size, speed, power, or agility, those are just a few of the many NFL players who have set their sights on some form of mixed martial arts.
After a successful football career, many of those men believed that their athletic ability would translate into MMA conquest and they weren’t wrong. It is a good match in theory and their courage goes to show that it is never too late to make that move and follow their desired path of professional fighting.
Meet Carlsbad Kickboxing Club’s own Matthew McRoskey. While not a professional fighter (yet), he certainly has the same courage and drive and is one to watch.
The 21-year-old, born in Nizhny Novgorod, Russia, has has lived most of his life in Encinitas, CA. He grew up playing basketball, football, and running track. Football was by far his highest interest of the three.
He started playing tackle in 6th grade and played from then until now. He played for Santa Fe Christian High School as a wide receiver and safety. From there, he was offered to play D1 ball at the University of San Diego where he played safety for one season. Subsequently, he transferred to Azusa Pacific University and played the remainder of his career there.
McRoskey loves football because of the competition, brotherhood, the athleticism required and the contact nature of the sport. “My favorite aspects of the game are the aggressive side it takes to play at a high level and fully experience the sport for what it is,” he says. But the tactical side, too, is one of his other favorite aspects of the sport. “Football is the ultimate chess match and the academics of the sport are very nuanced. It takes an in-tune mind to play with a high IQ.”
Having grown up never shying away from contact or the “in-your-face” nature of any competition he has been in, McRoskey has always enjoyed MMA. “I loved wrestling with my brother growing up or pretend fighting with my friends. I also have grown to love watching professional fights on TV whether that be MMA, boxing, or anything else,” he says.
McRoskey started muay thai in August, thinking it seemed like the quintessential striking art where he could use his athletic tools like length and power as well as his competitive IQ. While still a newbie to the art, he pushes himself to his physical limit and after trains six days a week and practices often at home or with other martial arts.
“Every day and every rep is important for growth,” he says. “I take that growth seriously so I think I’m off to a good start.” He also says that the sport of muay thai also has given him the chance to take athletics farther in life as a career than football could.
For now, McRoskey is on track to receive his BA in English from APU, and will aim to continue to train and work to achieve his goal of fighting professionally in muay thai and possibly dipping into the MMA world. While we can never be sure what the future holds, he is definitely one to watch and has the right mindset and courage it takes to change course.
If you are interested in learning about how you can switch up any sport you might already have mastered and use those skills and athletic ability to learn the art of muay thai or kickboxing, contact Carlsbad Kickboxing Club to learn more.