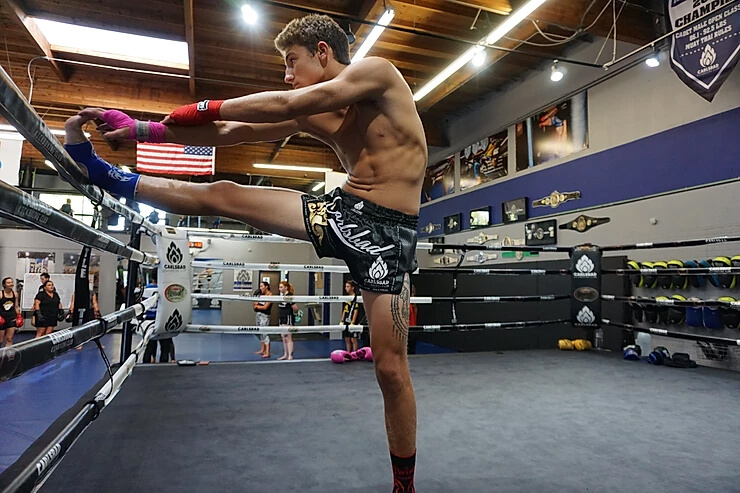 Friends and members of Carlsbad Kickboxing Club came out Friday night for an In House Fighting Night fundraiser. The event was created to help support the Club’s own Joey Siplyak’s upcoming trip to Turkey.

There, Siplyak will be competing for the Gold Medal in the IFMA World Youth Muay Thai Championships Tournament. Held from September 28 to October 6th, this year’s event will bring the IFMA back to Antalya, the gateway to Turkey’s southern Mediterranean region, known as the Turquoise Coast for its blue waters.

According to an IFMA press release, Turkey once again will set the stage for what is sure to be another great tournament and event that will see not only the youth muay thai tournament in all junior divisions, but also the championships of Wai Kru, Muay Boran and Muay Talay.

Two yeas ago, Joey Siplyak (who just 14 years old at the time) retained 2 championship titles in 2 different weight divisions. He is now 16 and an IFMA bronze medalist with 34 fights under his belt.

When previously asked what his advice is to new fighters in the sport, he said it is to work hard and train hard. “If you set your mind to it, you can do it,” he says.